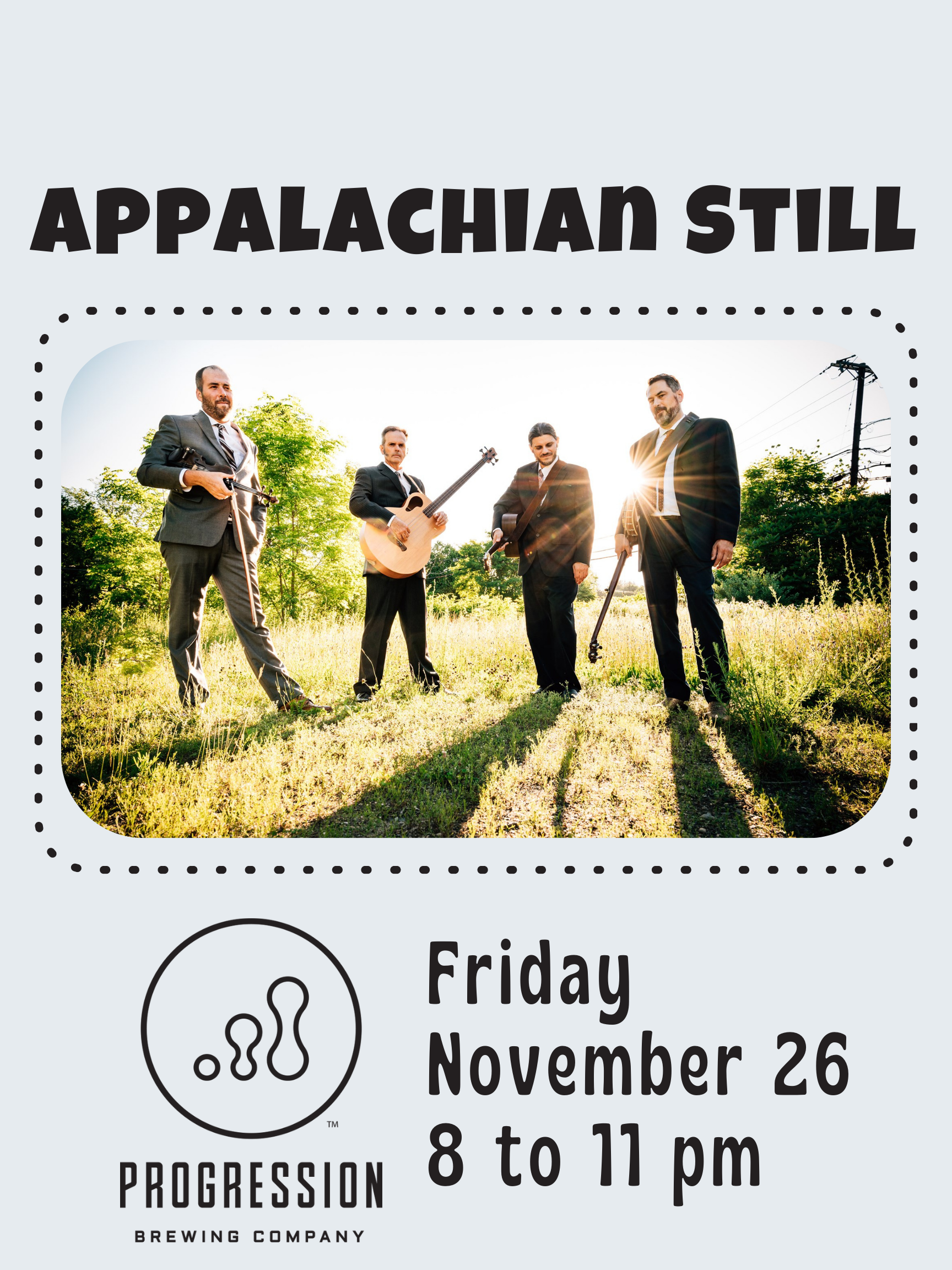 Appalachian Still is an acoustic string band out of Northampton, Massachusetts playing high energy Americana that combines old-time mountain music with bluegrass, rock, and folk. This New England group has managed to create a unique sound that is distinctly their own yet remains rooted in the heart of Appalachia. Drawing from a repertoire of traditional tunes, original material, and covers, this band combines traditional music of Appalachians with many “modern” influences like The Band, Old Crow Medicine Show, The Grateful Dead, Norman Blake, and The Avett Brothers.

Appalachian Still formed in the Spring of 2005; after busking on the streets of Northampton and honing their chops together in local coffee shops and bars, the band has picked up additional musicians along the way and graduated to the regional circuit, playing venues and festivals throughout the Greater New England area and beyond. They’ve had the chance to open for some legends like the Del McCoury Band, and their songs have been featured on radio stations from Vermont to Georgia. For these boys, it’s all about the music and they show no signs of slowing down.