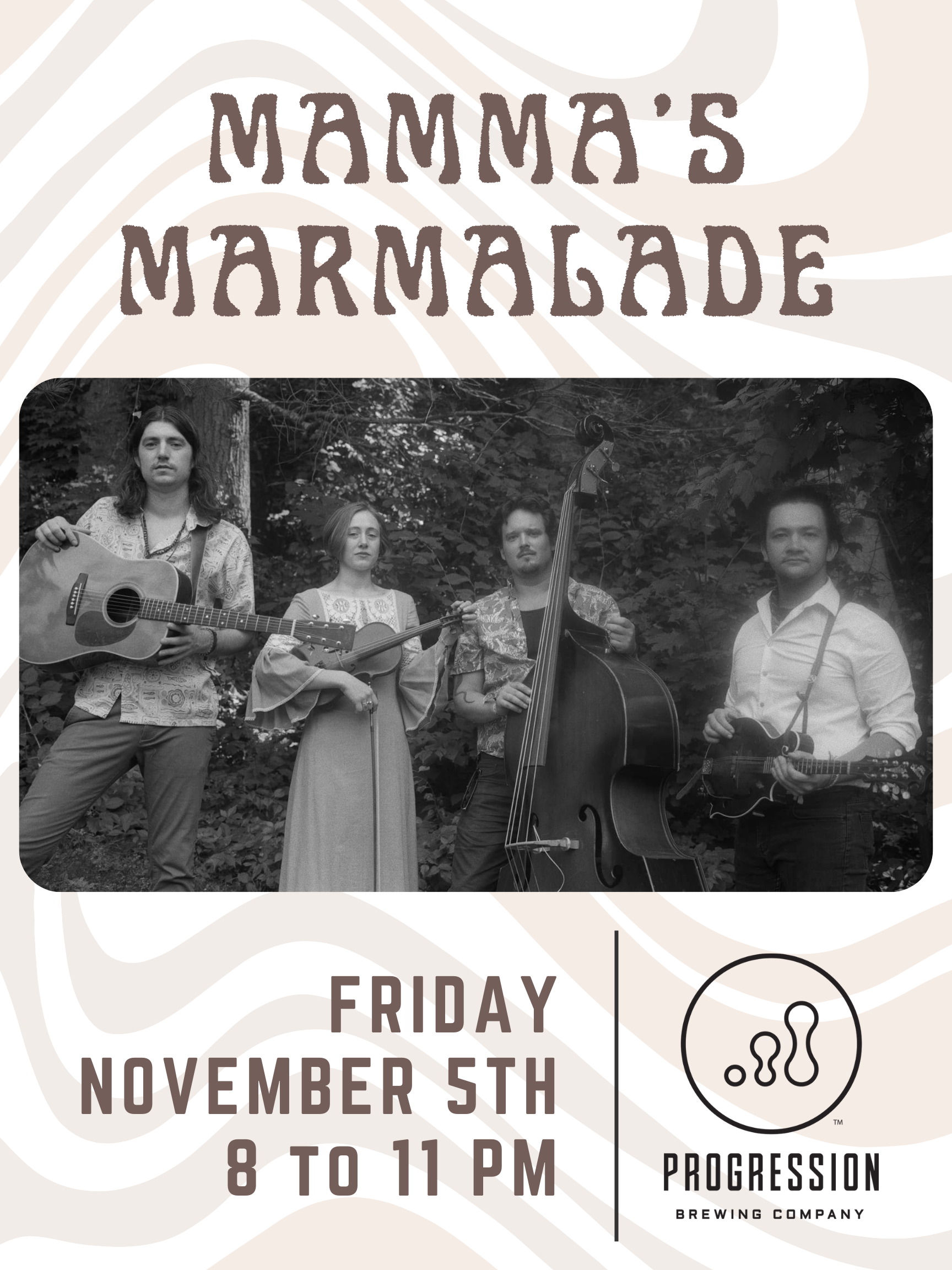 Mamma’s Marmalade draws from acoustic traditions spanning Appalachia and the Ozarks to craft a sound that manages to be at once familiar and definitively fresh. Honeyed harmonies buoy the classic high-lonesome croon of lead vocalist Lily Sexton, sailing above a whirling reel of steel string sonics and pop melody. Mamma’s Marmalade started in a UMass dorm room when Sexton (fiddle) and Mitch Bordage (mandolin) bonded over bluegrass. Tenacious flatpicker Sean Davis caught their attention at an open mic in 2016, and the band released their debut album Goodbye, Black Velvet, the following summer. In 2019 the band released their sophomore LP Rockabee Fields. Following Rockabee Fields they welcomed bassist Dan Bisson to their musical family. They’ve spent years honing improv skills, instrumental tone, harmony arranging, rhythm and energy to create a compelling live show. Regardless of their relative virtuosity at the beginning of their adventure, today Mamma’s Marmalade is composed of a group of artists that know how to work together as one. Their third studio album, Rabbit Analog, was released in August 2021 and is available on all platforms.