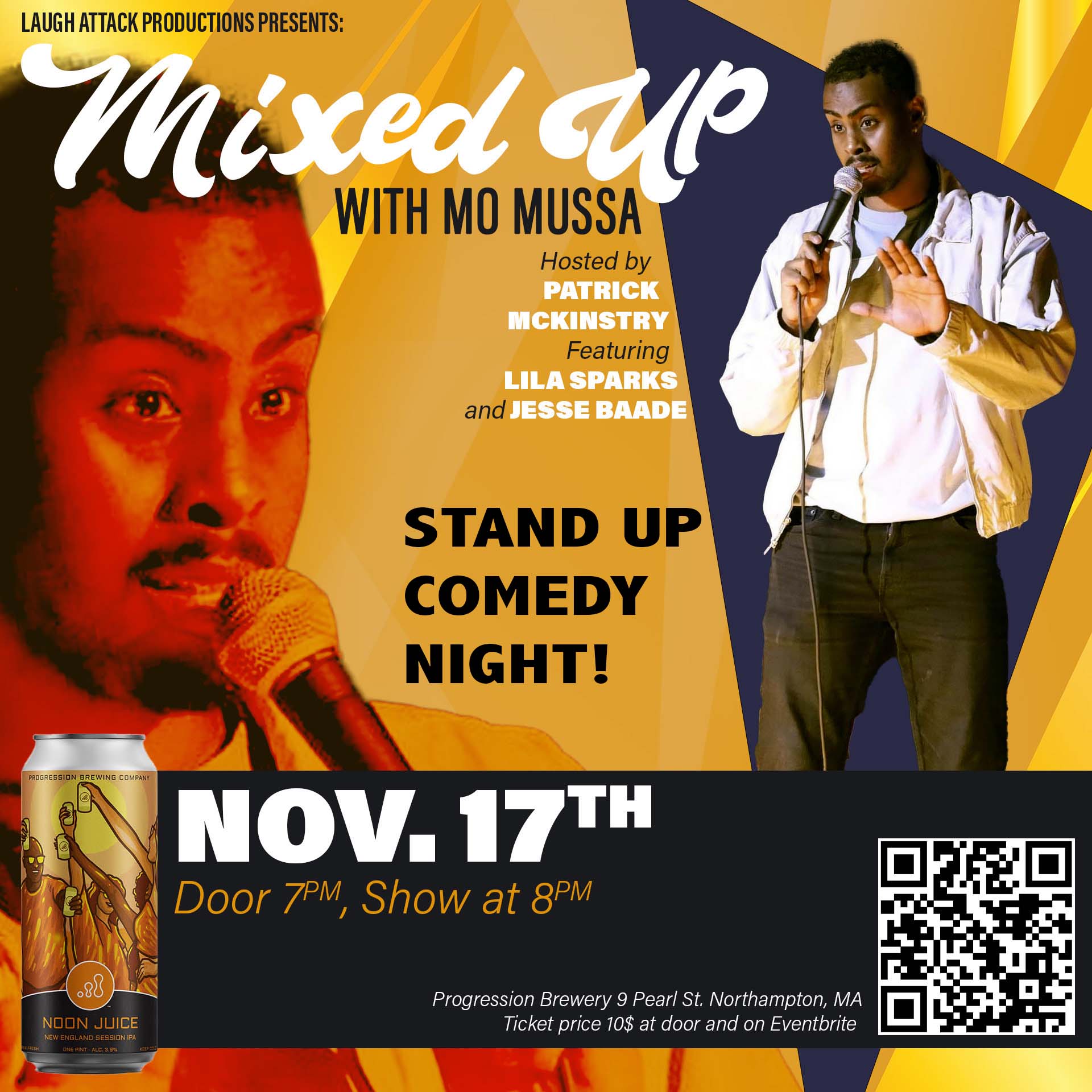 A night of stand-up comedy you don’t want to miss. This crew might be a little mixed but but aren’t we ll?

Host: Patrick Mckinstry. Patrick is a witty, dry, sarcastic gem in today’s fast paced society. This wholesome character brings the odd and charming to any room.

Opening: Lila Sparks. Lila may look small and adorable, but don’t let that fool you-she packs a punch. She’s performed at St. Marks Comedy Club, as well as countless other rooms across the Northeast, as well as owns and produces Laugh Attack Productions. This new kid on the block is coming in hot.

Featuring: Jesse Baade. Jesse is a comic from New York living in Vermont by way of Boston. She has appeared in the Boston Comedy Festival, Women In Comedy Festival, NY International Fringe Festival, Funny Women Of A Certain Age touring shows (NE/NYC), among others. She also has been seen in the webseries “Gayle” with Chris Flemming, works as a voice actor and most recently opened for Maria Bamford. Everyone’s bound to fall for her quirky warm energy.

Headlining: Mo Mussa. In his short time as a stand-up, Mohad “Mo” Mussa has become a favorite in New England. Mo beat out over one hundred comedians to win the 2021 Funniest Comic in New England Contest and recently performed at the legendary Nicks Comedy Shop. He has performed for Michael Rapaport, Ari Shaffir, and Eddie Pepitone. He has performed at the Rogue Island Comedy Festival, High Mud Comedy Festival, and the Connecticut Comedy Festival. Audiences love Mo because he combines high energy and crafty writing. He tells outrageous stories filled with hilarious punchlines. Fans love his unpredictable jokes, high-octane stage presence and dynamic voice.