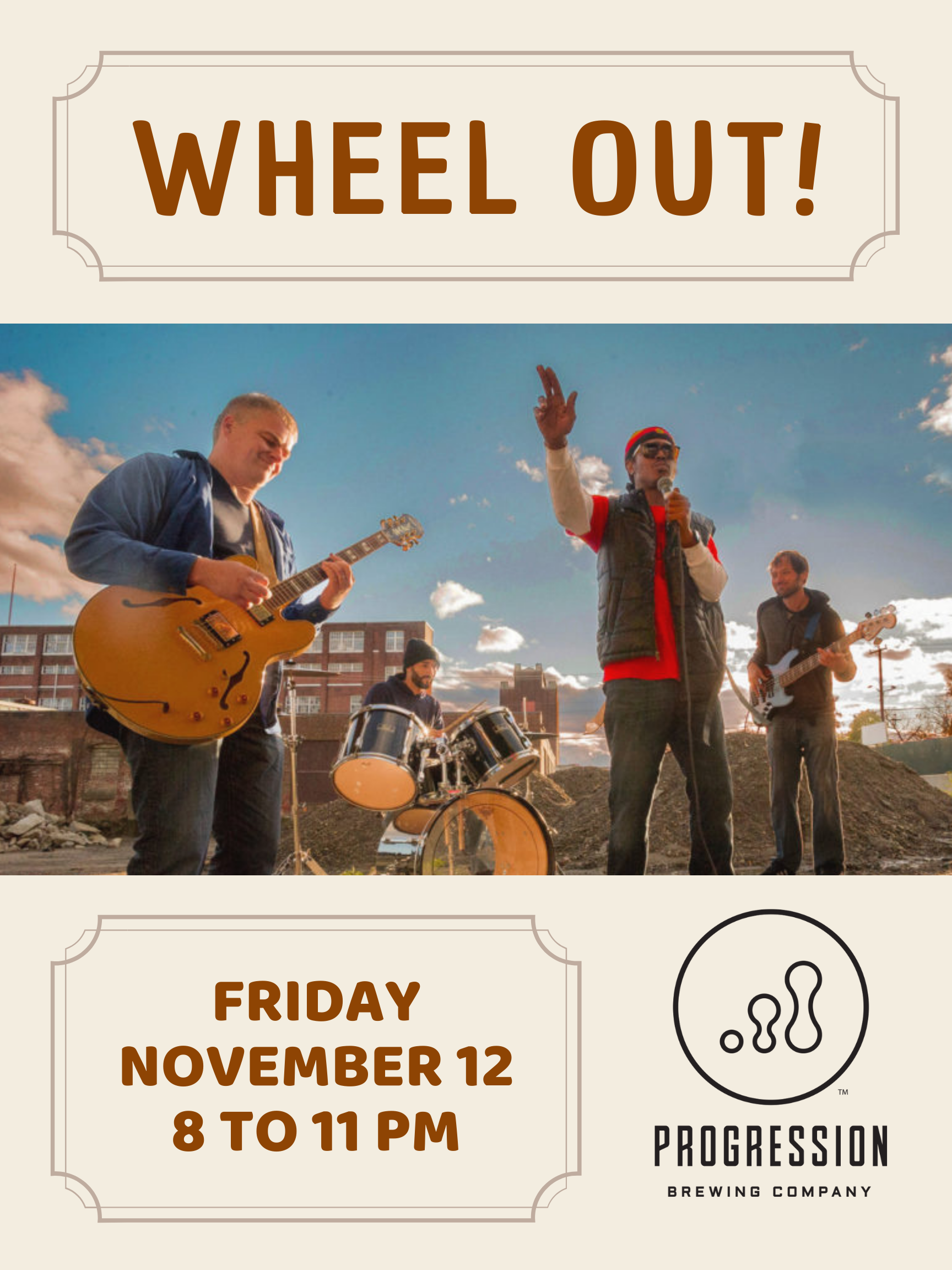 “Jamaican roots reggae with a modern twist”
–
With vibes rolling deep, Wheel Out! powers across cultures and oceans. This hot new 4-piece project delivers live reggae grooves & hip-hop vibes with a twist of jazz over funky bass rhythms. Their catalog is largely original, although they pay tribute to some of the greats in reggae, soul, and jazz with covers by Bob Marley, Otis Redding, Sam Cooke, and Louis Armstrong.
–
Formerly of Total Collision, the veteran Jamaican frontman delivers soulful lyrics that arouse and inspire with a sound all his own. Roosta was born and raised in Kingston, Jamaica, where reggae legends like Dennis Brown were the neighbors down the street. After arriving in New York as a young man, he spent years as a frontman of Fear Nuttin Band, touring all over with the likes Toots and the Maytals, Tribal Seeds, SOJA, and many others.
–
Alongside Roosta’s fiery vocal skills and off-the-hook freestyles, Wheel Out! features long-time collaborator, Tom Matthew on guitar, performing rhythm & lead with a psychedelia and psychosis drawing from Hendrix; Matt Mondell’s heavy funk vibe on the bass, compelling the crowds to keep dancing; and with Javi Zen on the drum kit, the jungle vibes go through the roof. Combining old school roots rhythms and attitude with a modern cross-cultural vibe, Wheel Out! takes reggae to a soulful level.
–
$5 cover.