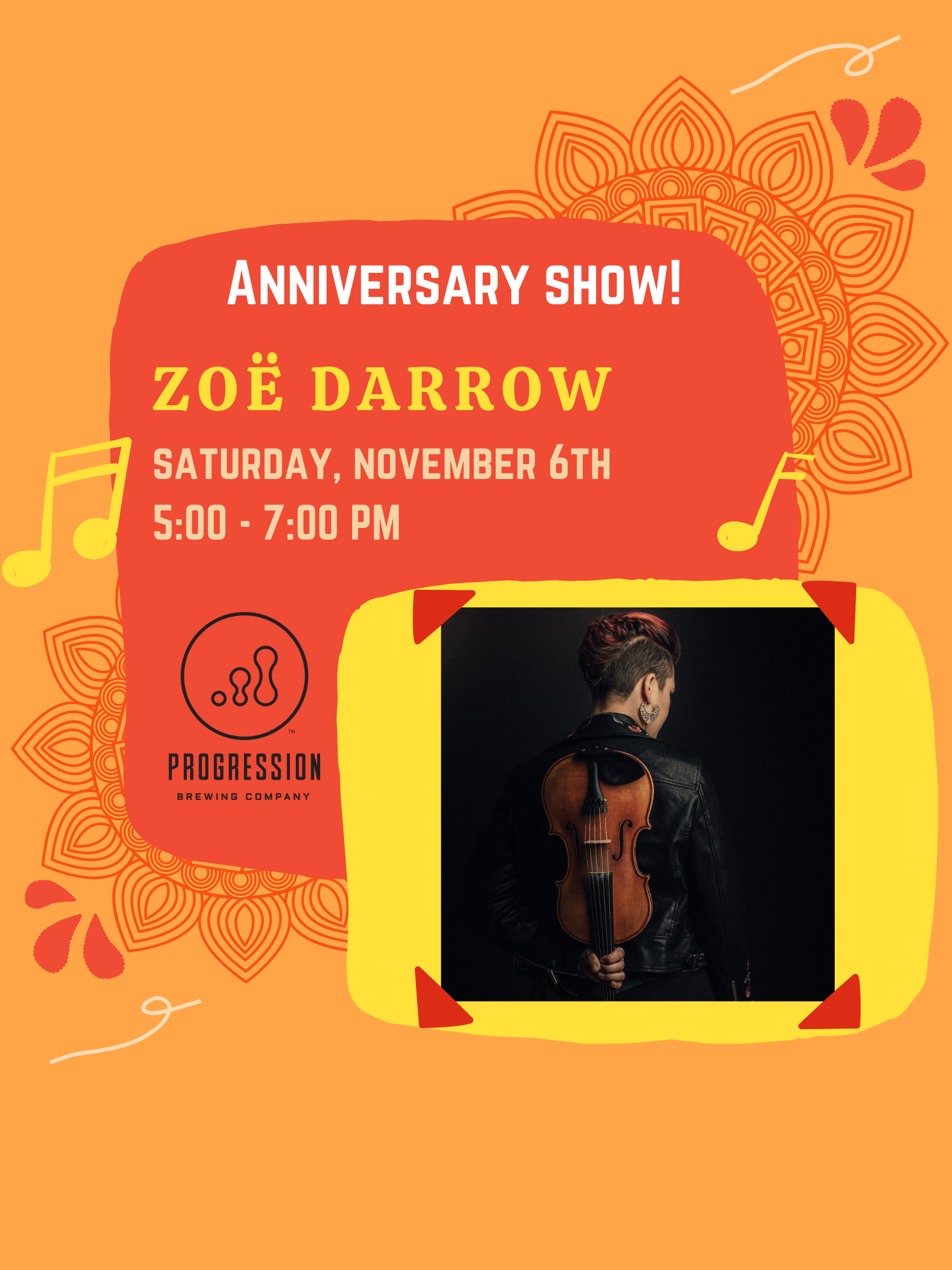 Anniversary Event show!
–
Fiddler and singer Zoë Darrow is a musician of rare intensity and expressive range who grew up playing Cape Breton and other Celtic music on a sheep farm in Blandford, MA, and graduated from Mount Holyoke College with a degree in anthropology and music. She released her first recording in 2001 at the age of 12, with her band the Fiddleheads. The Valley Advocate named them “Best Celtic Band” in 2007, and Celtic Heritage Magazine acclaimed Zoë as an artist “destined to add savory spice to the global mix.” She has toured and recorded with the likes of Tony Trischka, Tim Eriksen and Peter Irvine.